Why draft angle is important in injection molding?

Injection molded functional parts must have draft angles toward both sides of the cavity and core to reduce the risk of part damage and to ensure ejection.

As the molten plastic flows into the closed mold and fills the cavity, the material shrinks inside the mold as it cools, and the cooling shrinkage exerts some clamping force on the mold core.

If there is no draft angle, the part will be scratched while increasing the wear on the mold and shortening the life of the tool.

What’s worse is that if the part doesn’t eject, production needs to be stopped to manually strip it out.

What is the draft angle?

It is a design that allows plastic products to be easily released from the mould when the ejector pin is used to eject the product after cooling during injection moulding.

With the draft angle, the bottom of the product will fall out more easily when the ejector is ejected from the mould.

To facilitate the removal of the part from the mold, a certain angle should be set on the surface of the part parallel to the direction of release when designing the part, which is the mold draft angle.

Important advice on the draft angle

The size of the draft angle is generally expressed in terms of its angle (tilt angle) or taper (TAPER; when symmetrical). The draft angle in general can be broadly classified as follows.

3. Some special requirements can also require zero draft angle (0 °), but it is not very recommended, because it is easy to occur in the case of non-release or sticky mold, and must also use the release agent. Mold release agents can sometimes cause cracking and staining of plastic products.

4. Usually in the appearance of the female mold surface will be nibbled (texture) needs, and the processing pattern will often form a dead corner part (undercut), so the draft angle must be larger than the general situation, the draft angle given to it, the best can have 2 ° or more, of course, for those who nibble the degree of roughness, the draft angle may even require high to 3 ° ~ 5 °.

6. With a glossy surface or super glossy surface of the mother mold, the draft angle can be 0.5°, but it is not recommended, as described above, if the processing is not very good, there will be a chance of sticky film.

Then attached to the male mold, to facilitate the process of ejecting the finished product. This is because we usually only design the ejector mechanism on the male side of the mold (usually the inside of the molded part, not the exterior side).

If the mold is designed with a slider mechanism on the male side, you can ignore this consideration and consider making it the same angle as the female side to avoid trouble.

What are the advantages of adding the proper draft angle to the design?

If the mold draft angle is not set, or if it is inadequate draft angles, it will often result in increased resistance to release, scratching the surface of the part, and keeping the part from deforming during release, thus affecting the quality of the part.

To make the molded parts ejected from the mold smoothly, the wall surface (including side cores and reinforcement ribs) in the same direction as the mold opening and closing must be set to facilitate mold release.

The size of the mold draft angle is related to the nature of the part, shrinkage rate, friction factor, wall thickness, and geometry of the part.

a. Hard plastics have a higher draft angle than soft plastics.

b. The molded parts with more complex shapes or more holes are taken to have a larger draft angle.

c. The height of plastic parts is larger and the hole is deeper, then take a smaller rdraft angle.

e. Sometimes, to keep the part in the concave mold or on the core when the mold is opened, the draft angle of the side is intentionally reduced or the draft angle is enlarged.

In addition, regardless of the convex and concave mold and the insert and even the slider should have a draft angle, usually, the mold draft angle is at least 0.5°, generally speaking, more than 1° is good, and its direction is based on the direction of the ejector rod or cylinder action of the machine. Especially when the concave die surface is etched, it is more important to pay attention to the mold draft angles.

How to design the draft angles?

To set the draft angle of the part, it is usually modified on the reference model.

The draft angle is related to the geometry of the part, the shrinkage rate, and the nature of the molding material.

For metal-on-metal molding functions, more draft angle is required .This does not refer to injection molding metal, but rather to mold designs where one metal mold component makes direct contact with another.

The relationship between height and die slope

Usually, products with a more precise design will require a smaller draft angle, that is, when the product is deeper (taller), the tilt amount X needs to be controlled within a certain range.

For example, for a 100mm high product, if the product is required to be precise, it is expected that the upper and lower deviation can be controlled within 0.15 mm, tanθ=0.005, θ≈0.25.

1. The mold pulling angle all do minus meat pulling inco draft angles, to ensure that the mold stays iron material for future modification.

2. The number of degrees of draft angles should be according to the following formula.

h is the height of the corner surface to be made.

Only in the case that the finished surface is too high, half a degree of the draft can provide a reasonable compromise between designs requiring straight walls, and the requirements of the injection molding process. The draft angle injection molding can choose to do 0.2°, 0.5°, or 0.7°.

5. The requirements of the mold pulling angle of the mating surface.

a. The mold draft angle of the mating surface should match the mold pulling angle of its assembly.

b. If the company only opens one of the pieces, it must be confirmed with the customer.

6. If the customer has a 2D drawing of the product size

b. After making the drawing, the 3D printing finished product size should conform to the tolerance range of 2D

7. The higher the accuracy requirement of the product, the smaller the mold draft angle should be.

8. The larger the size of the product, the smaller the draft angle should be.

9. If the shape of the product is complicated and it is not easy to draw the mold, a larger draft angle should be used.

10. The product shrinkage rate is large, and the draft angle should also be increased.

11. The reinforced plastic should be chosen with a large draft angle, and the plastic containing self-lubricant can be used with a small draft angle.

12. The wall thickness of the product is large, and the draft angle should also be large.

If the parting line for a molded part is in the middle (as with, for instance, a solid cylindrical part), draft should be incorporated on both ends of the part.

As can be seen from the table, the mold draft angle is required to be large for hard and brittle plastics with high rigidity.

A smaller mold draft angle can be used for cores under the following conditions.

a. The product stiffness is sufficient when ejecting.

b. The friction coefficient between the product and the steel surface of the mold parting line is low.

c. The roughness of the core surface is small, and the polishing direction is the same as the drawing direction of the product.

d. The shrinkage of the product is small and the sliding friction is low.

ABS
Generally, 0.5° to 1° is enough for the application side. Sometimes, because the polishing pattern is in the same direction as the mold exit, the exit angle can be close to zero.

The side with the pattern needs to increase the exit draft angle by 1° for every 0.025 mm (0.001 in) of depth. The correct exit angle can be obtained from the etching supplier.

LCP
Because of the high modulus and low ductility of liquid crystal copolymers, inverted designs should be avoided.

A minimum exit angle of 0.2-0.5° should be provided at all ribs, wall edges, pillars, etc. above the protruding plastic level.

An additional 0.5-1.5° or more is required if the wall edges are deep, or if there is no polished surface or etching.

PBT
If the surface finish of the part is good, a minimum draft angle of 1/2° is required. Etched surfaces require an additional 1° of draft angle for every 0.03 mm (0.001 in) of depth.

PC
The draft angle is to be present on any side or projection of the part, including the upper and lower molded areas. Generally, 1.5° to 2° is sufficient for smooth surfaces, however, etched surfaces require an additional draft angle of 1° for every 0.25mm (0.001 in) of depth.

PET
The rib of finished plastic products, pillar sidewalls, runner walls, etc., such as its draft angle can reach 0.5 ° is sufficient.

PS
A draft angle of 0.5° is extremely fine and a draft angle of 1° is the standard method; too small a draft angle makes it difficult to release the part from the cavity. In any case, any draft angle is better than no angle at all. If the part has an etched pattern, such as the depth of the leather pattern, add 1° to the draft angle for every 0.025mm of depth.

As injection molding specialists here at ZetarMold, we’re happy to share our expertise with you as we incorporate those best practices into our service. 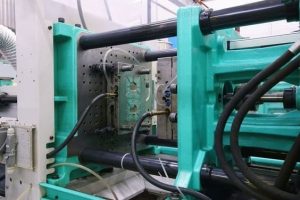 The importance of cooling time in injection molding 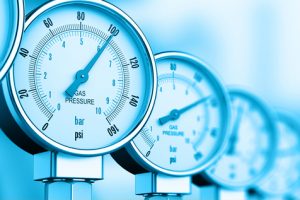 How do you calcuate injection pressure？ 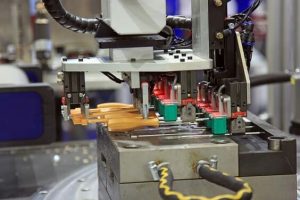 How many types of cooling systems are there for injection molds? 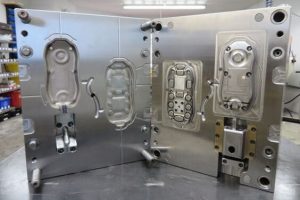 What is the difference between a parting line and a parting surface? 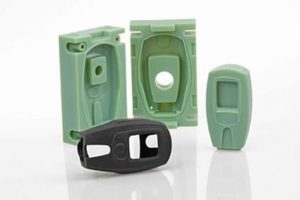 How do you select a parting line? 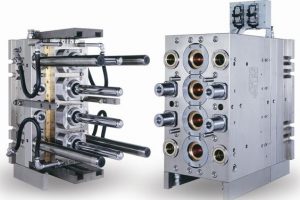 What is core and cavity in injection molding?